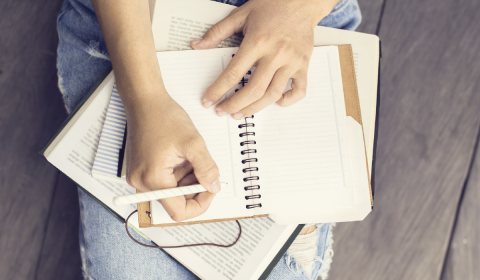 Welcome to the Takeout Book Club! (or, as the librarians are fondly referring to it, the Book Club Formerly Known as Brown Bag).

Join us on the second Tuesday of each month at 6:00 PM as we discuss a different contemporary novel or work of nonfiction.

This month, we will be discussing Mexican Gothic by Silvia Moreno-Garcia. Taken from the publisher: "After receiving a frantic letter from her newly-wed cousin begging for someone to save her from a mysterious doom, Noemi Taboada heads to High Place, a distant house in the Mexican countryside. She's not sure what she will find--her cousin's husband, a handsome Englishman, is a stranger, and Noemi knows little about the region. Noemi is also an unlikely rescuer: She's a glamorous debutante, and her chic gowns and perfect red lipstick are more suited for cocktail parties than amateur sleuthing. But she's also tough and smart, with an indomitable will, and she is not afraid: Not of her cousin's new husband, who is both menacing and alluring; not of his father, the ancient patriarch who seems to be fascinated by Noemi; and not even of the house itself, which begins to invade Noemi's dreams with visions of blood and doom. Her only ally in this inhospitable abode is the family's youngest son. Shy and gentle, he seems to want to help Noemi, but might also be hiding dark knowledge of his family's past. For there are many secrets behind the walls of High Place. The family's once colossal wealth and faded mining empire kept them from prying eyes, but as Noemi digs deeper she unearths stories of violence and madness."

Copies of Mexican Gothic are available in the branch a month before the discussion. Feel free to call the library or email Simone for more information.